New member of the team

CARTHA is pleased to announce the addition of Brittany Utting as a new member of the team!

CARTHA will take part in the workshop Publishing Acts II in Sibenik, Croatia, on July 6-8.

Organised by Future Architecture Platform and the Association of Istrian Architects (DAI-SAI) this workshop will explore the potential of publishing as a tool for research, discussion, and civic engagement. How can we draw from publishing’s potential to not only be an iterative but a genuinely transformative gesture?, how can knowledge be diffused, communicated and passed on for appropriation, in order to instigate new narratives and forms of agency beyond an institutional, popular or historical canon?, these are some of the central questions that will be addressed during the workshop.

Thank you to Future Architecture Platform and DAI-SAI for the invitation!

CARTHA On the Future Architecture Platform

We are very happy to announce that CARTHA has been selected to participate in the 2018 Future Architecture Platform. Night Talk and opening of A Print Stockholm

CARTHA will be part of the APRINT Night Talk in Stockholm together with other independent publishers such as San Rocco, Macguffin magazine and Architektur in Gebrauch.

Thanks Studio NOCK for the invitation!

THE LIMITS OF FICTION IN ARCHITECTURE – THE IMAGE ISSUE

The relation between fiction and architecture is of an intrinsic nature. Built or unbuilt, since the moment architecture starts to exist, fiction is there, present in the different imaginaries of what a project could be. From the first sensorial manipulations that gave birth to the basis of Occidental architecture to the way we represent it nowadays, before and after it has been built, fiction is always there, hand in hand with architecture.

For this second issue, we ask for visual contributions as explorations of the limits of fiction in architecture. Contributions can only and exclusively be images but we offer total freedom regarding the chosen technique. Carte blanche to photography, collage, digital or analogical drawings as well as mixed techniques. The contributor should build upon an example in architecture, a case study, and expand on the question of how architecture operates with and within fiction and reality. The format of the contribution can consist of a single image as much as a diptych, a triptych, a sequence of images or a matrix of thumbnails, for example. We also encourage contributors to use Issue I – The Text Issue as reference for possible case studies to be explored.

Contributions can be submitted until 20.11.2017.
Contributions must be submitted both in .jpeg format at 300 d.p.i. and at 72 d.p.i. and in .pdf format. Captions should be sub- mitted alongside the images
The Limits of Fiction in Architecture, Issue II – The Image Issue will be published in December 2017.

THE LIMITS OF FICTION IN ARCHITECTURE

We are happy to launch the first call for papers of 2017 and begin the cycle CARTHA – On The Limits of Fiction in Architecture.

Almost three centuries ago, in 1721, the Austrian architect Fischer von Erlach published  A Plan of Civil and Historical Architecture. This book, a supposed comparative analysis of the world’s architecture, contains a number of plates depicting a group of monuments such as the Giza Pyramids,  and the buildings of still remote cultures like Chinese pavilions and landscapes alongside projects and buildings by Fischer von Erlach himself. On each plate, below the image, a bilingual caption shortly exposes von Erlach’s personal views on the represented buildings and projects

By presenting both existing buildings, regardless of how accurate their representations are, and de facto fictional buildings in the same manner, Fischer consciously manipulated the notions of reality of the European population.

For this first issue, we call for contributions only and exclusively in the form of text. The contributions should build upon an example in architecture chosen by the contributor, a case study, and expand on the question of how architecture operates with and within fiction and reality.

The Limits of Fiction in Architecture, Issue I  will be published in August 2017.

Contributions should be electronically sent to CARTHA until 15.06.2017. Accepted proposals will then be prepared for publishing by the author and the editorial board together.

Contributions must be written in English and submitted in *.doc format.

CARTHA does not buy intellectual property rights for the material appearing in the magazine. We suggest contributors to publish their work under Creative Commons licenses. 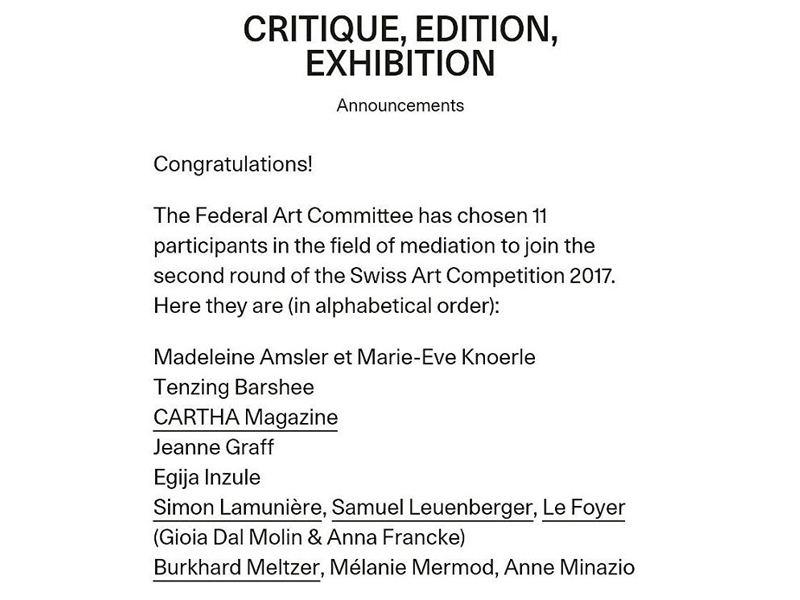 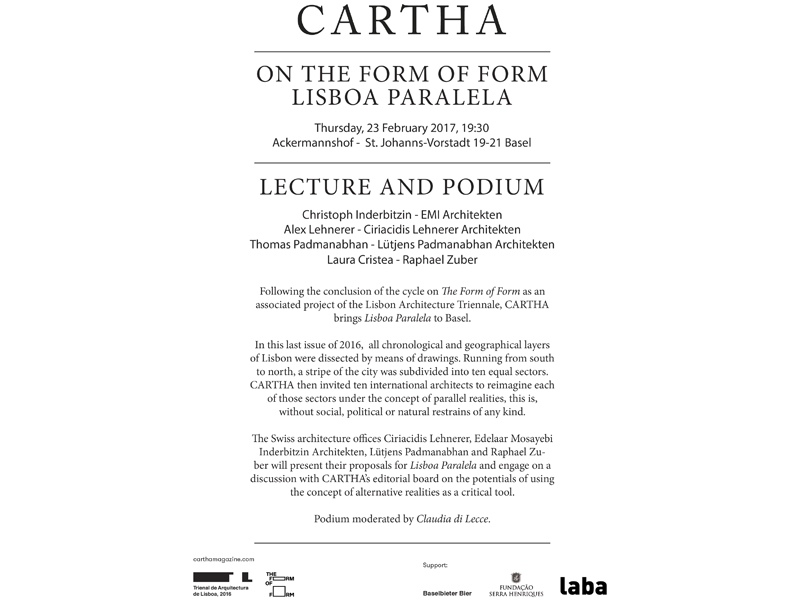 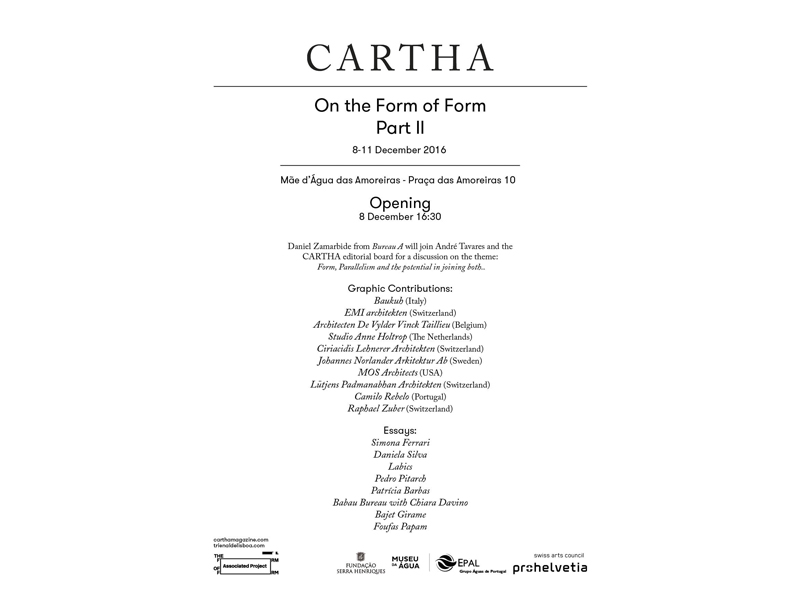 LETTERS TO THE MAYOR

What do you really want for Lisbon?
What do you want for yourself?
Are the hills really that steep?
What will your legacy be?
Are you free after?

Doubt is a fundamental part in any process of development and it is the source of any improvement.

The constant questioning of ourselves and our surroundings provides us with the necessary awareness in the decision making that will define our societies and ourselves.Moreover, few roles imply so much and such important decision making as being the mayor of a city like Lisbon; So we can imagine that you may be questioning yourself quite often about how your decisions have a direct impact in your city, your country and even your continent.

Each decision is preceded by a doubt, comes with a hope and it is followed by a result. In this sense, questions are the origin of the critical thinking towards our professions, which in your case is managing the city. Reformulating automated questions that will give expected answers becomes imperative in an ever changing urban context, where problems evolve more rapidly than solutions. In other words thinking first about the right questions may help us to take the right decisions.

So dear mayor of Lisbon; above are some questions by CARTHA, we hope that their answers will provide you with a clearer and broader vision that will certainly be useful in the reading of the letters and any further proposals which you might also receive,  from our colleague architects.

We are looking forward to receiving your answers.

The editorial board of CARTHA. 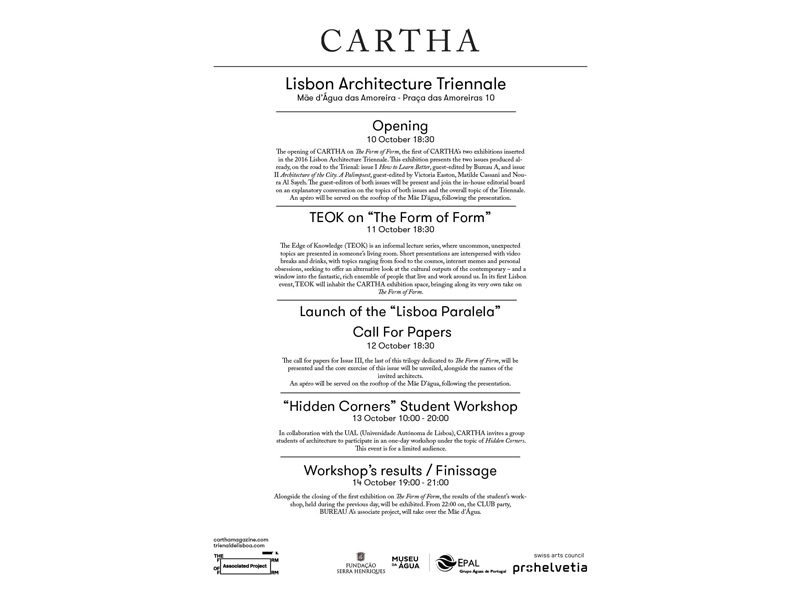 We are pleased to announce the launch of the special issue “CARTHA on Making Heimat” Which will take place at La Biennale di Venezia, at the German Pavilion in the Giardini, on the 28th of August, from 14:00 on. 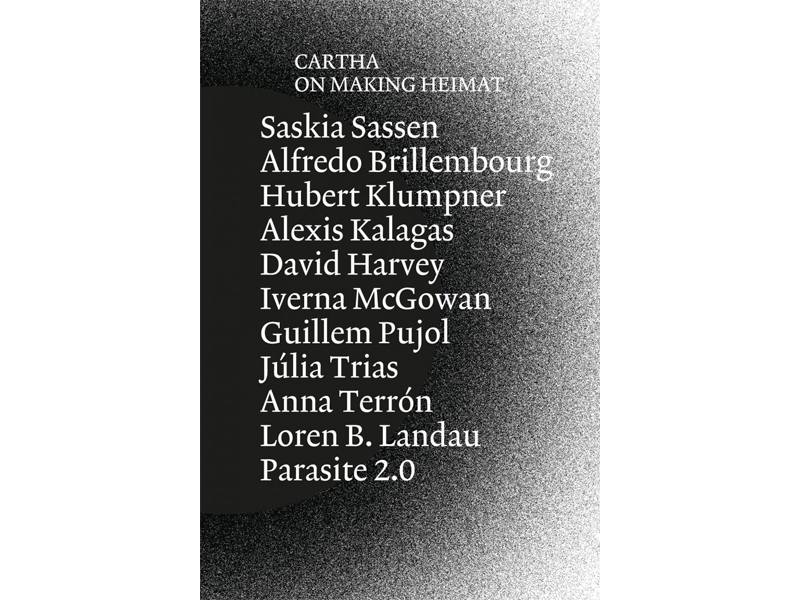 ON RELATIONS IN ARCHITECTURE

We are pleased to announce the publishing of our first book, ” On Relations in Architecture” edited by Park Books (Zürich).

Coming out this summer! 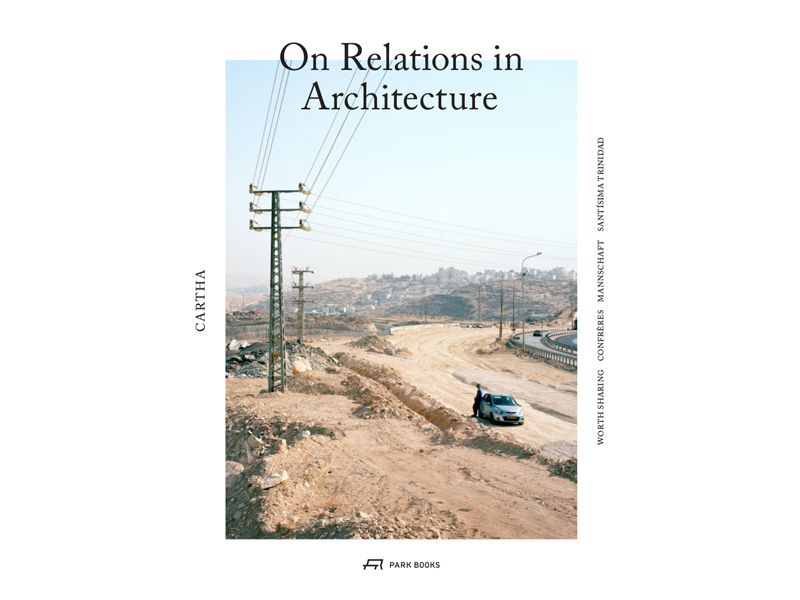 CARTHA was present in the Venice Biennale, covering the opening of the Saloon Suisse and the German and Japanese Pavilions. 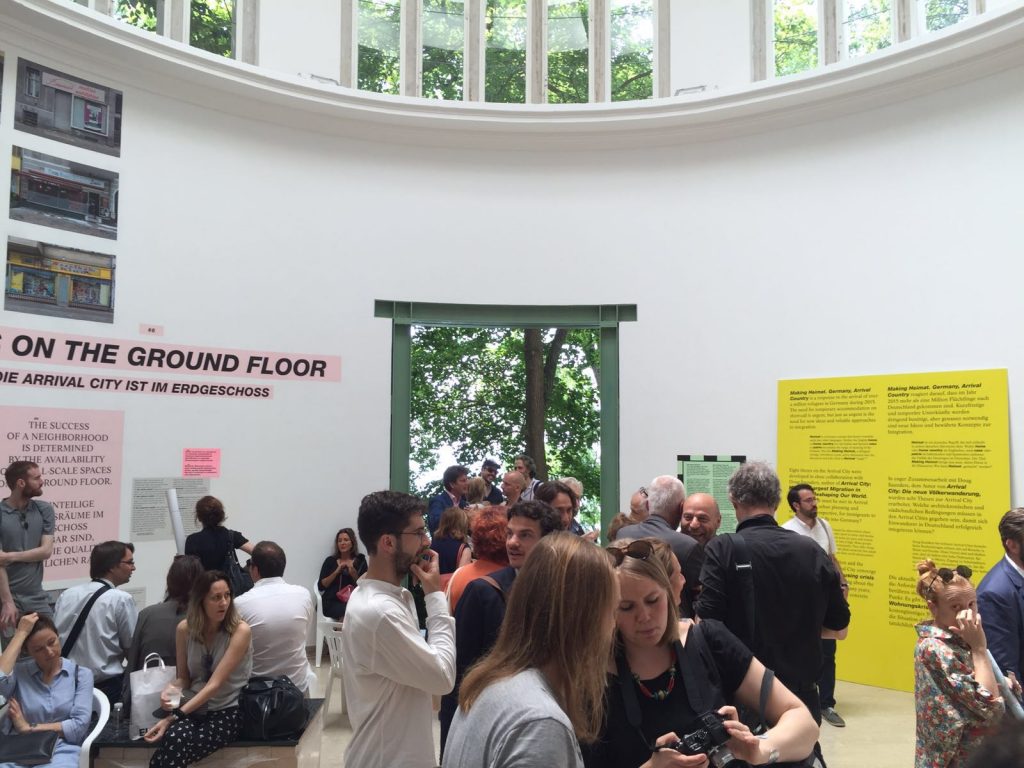 HOW TO LEARN BETTER

We would like to invite you to the launch of  the first issue of 2016!
Issue I HOW TO LEARN BETTER is guest edited by Bureau A and the first issue of CARTHA´s cycle on The Form of Form in association with the Lisbon Architecture Triennale.

Featuring the work of: